What are the differences between an odor-masking agent and an odor neutralizer for industrial use?

Odor can be described as a sensation originating from a stimulus through the olfactory system. Our nose and brain work together in this. While odor is nothing but small particles floating in the air, it triggers a memory, giving you an idea about the source before you even see it. In addition to physical effects, some odors can elicit strong emotional reactions.

With over 7.8 billion humans living on Earth, there are new kinds of waste being produced rapidly. To come up with a complete remedy, Ecolo has produced a wide range of odor control solutions, designed for specific industrial odor issues.

Odors emitted from industrial waste can be volatile gases, such as hydrogen sulfide, ammonia, etc. These gases are not only intensely awful smelling but are also harmful to human beings. Odors can be harmful to humans in both a mental and physical manner. For these reasons, it is important to eliminate these unpleasant smells before they spread.

Odor neutralizers should not be confused with odor-masking agents. A masking agent refers to a product which only masks or covers an unpleasant smell. However, once the effects of the masking agent run out, the odor becomes detectable again. An odor can even overpower a masking agent, which eventually forms a more intense and unbearable smell. Odor neutralizer solutions work differently. They alter the particles that cause the odor, neutralizing them so that they are no longer detectable.

Odor removal or neutralization is a process that varies by the type of odor and the agents causing it. Therefore, it is important to know what solution to implement for a particular type of odor.

Although masking agents can appear to be less costly than a neutralizer, using masking agents for intense malodors is not recommended, for several reasons.

What are the common methods for industrial odor removal?

Industries are some of the biggest sources of waste materials in the world. Some of these waste materials include the by-products of different chemical reactions and emit significant amounts of odorous compounds into the air. These odors can have severe impacts on people and the environment, which makes it necessary to reduce or eliminate them. The process of eliminating these odors is also known as industrial odor control. Odor removal can be achieved by altering the odorous molecules to form different odorless compounds.

Specific measures to remove these odors should only be adopted after doing a thorough examination of the source of the odor. Once the odor source and type are determined, specific odor-neutralizing equipment and solutions can be chosen and installed to combat the odor.

Landfill odors have always been a problem for the locals living around them. Odorous gases can be formed during the decomposition process depending on several factors such as:

Compost is the mixture of organic materials left out to decompose and can later be used to fertilize and improve the soil. The process of composting is a managed, actively controlled procedure. During the composting procedure, the carbon and nitrogen ratio, and the moisture and temperature must be controlled. When these conditions are met and managed under aerobic conditions, odors are reduced significantly, and the nutrients are mineralized. During the process of decomposition, the emission of odorous gases such as ammonia is produced. However, one can increase the process of decomposition by adding oxygen to promote the growth of aerobic bacteria. The continuous supply of oxygen allows the aerobic bacteria to convert organic matter to carbon dioxide, water, and microbial cells. In doing so, solid materials are turned into fertile garden soil. The supply of oxygen can be done either naturally or mechanically.

Ecolo’s BioStreme® 101 BioBooster gives Composters the ability to directly manage the core biology of their operations. BioStreme 101 BioBooster is applied by topical spraying to working exteriors, or by blending with feedstock to control nuisance odors such as H2S, mercaptans, volatile fatty acids, and ammonia. Benefits include accelerated decomposition and stabilization rates, as well as less frequent manual turning and aeration of windrows. This product represses odor-producing biological processes while promoting strong facultative bacterial populations to effectively degrade organics and resist system upsets. 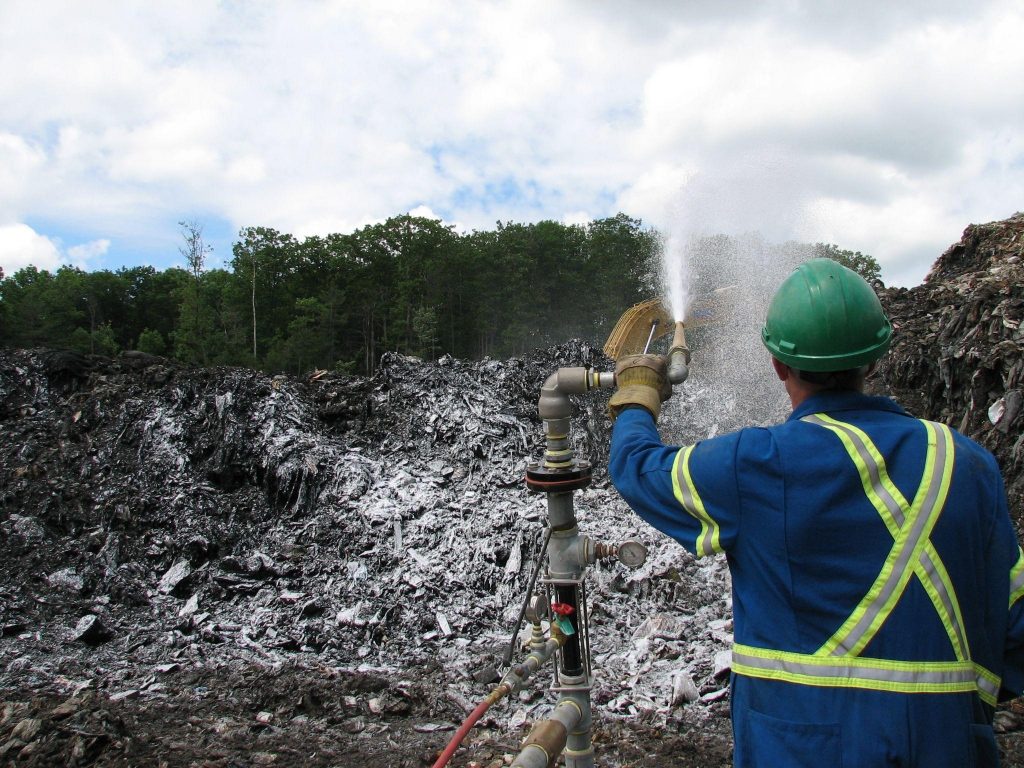 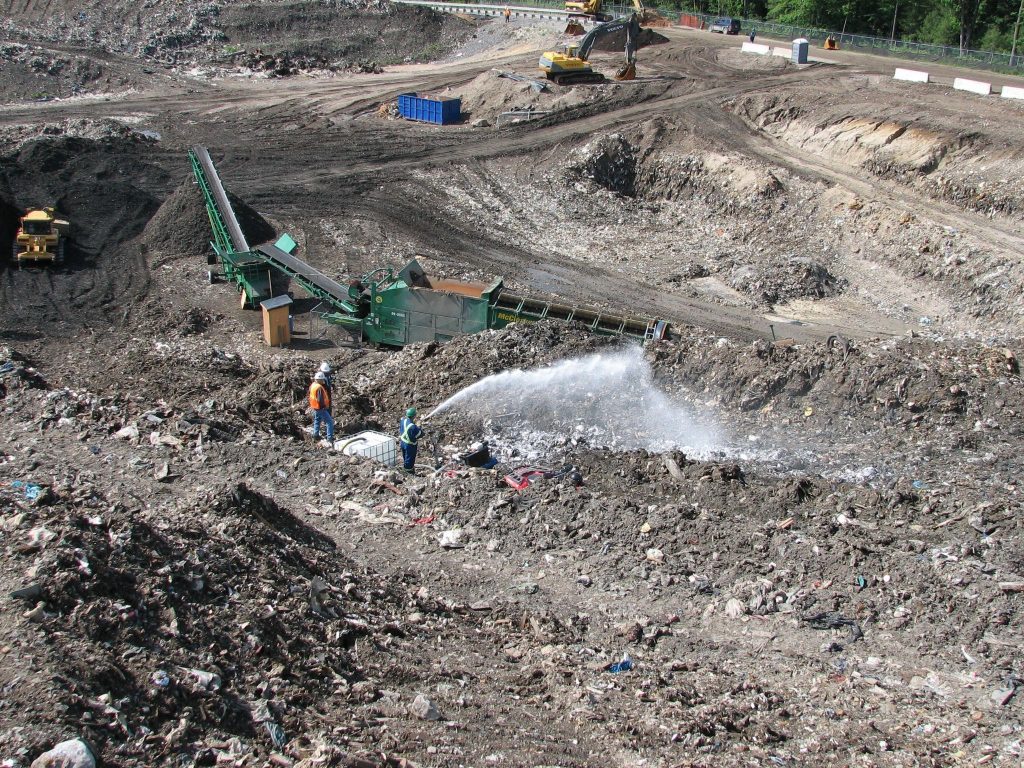 Industrial and commercial areas can sometimes face the same odor challenges, though on different scales. In an industrial area, the emission of malodors is mostly a by-product of certain biological and chemical processes.

Despite the differences in how odors are produced, odors can have a devastating effect on both types of facilities. For example, an industrial sector employs hundreds of employees within its complex. In the production process, there’s a possibility that fumes and gases are discharged, which can be harmful to employees. If necessary measures aren’t taken, workers’ quality of life and efficiency can be impacted. In addition, the surrounding community can also be affected. Government regulations play a role in employee safety as well as in other areas, such as odor management for cannabis-growing facilities.

Odors in commercial facilities impact the business and customer experience. For example, if a restaurant has delicious food but a smelly washroom, it can be devastating for its reputation. Customers who are offended by the smell will likely have a negative impression of the restaurant and may not return. Depending on the sources of odors, there are vast differences between the odor removal methods applicable in the two different sectors.

Awarded with the UL ECOLOGO(R) and ISO 9001 certifications, Ecolo manufactures its own odor control solutions and equipment to deliver the most sophisticated, comprehensive products for its customers. Having over 200 service locations in over 40 countries, Ecolo is a world leader in providing simplified odor control solutions for a multitude of industries. Air and additive solutions employed use advanced odor-neutralizing agents to combat odor without masking it. Solutions also include concentrated waterless formulations, which can be used to control odor throughout the year, and GelTech gel cartridges for more compact areas with persistent odor problems.